The future of the EWC Directive

In 2021, our EWC E-conference addressed the purported next review of the EWC Directive which has been non-stop under discussion in the last few years.

⇨  But what happened since?
⇨  What is the perspective of the different stakeholders?
⇨  Who wants to revise the EWC Directive and who does not?

Besides that, there is a lot of disagreement as to the necessity to do so between BusinessEurope, the employer federation and the Trade Union Federations.

We bring these parties together in our next EWC Webinar to hold an interesting debate on the future of the EWC Directive.

Join us on the 28th of June from 11h- 13h (CET) for the latest updates on the revision of the EWC Directive and for a debate with a diverse panel of stakeholders representing both sides to the discussion.

Do you have any questions or remarks about the program and speakers mentioned above? Do you have suggestions on what you would like to see discussed during the next EWC events or do you aspire to be a speaker during one of our other webinars and conferences? Feel free to contact us by clicking on the button below.

We’d love to hear from you! 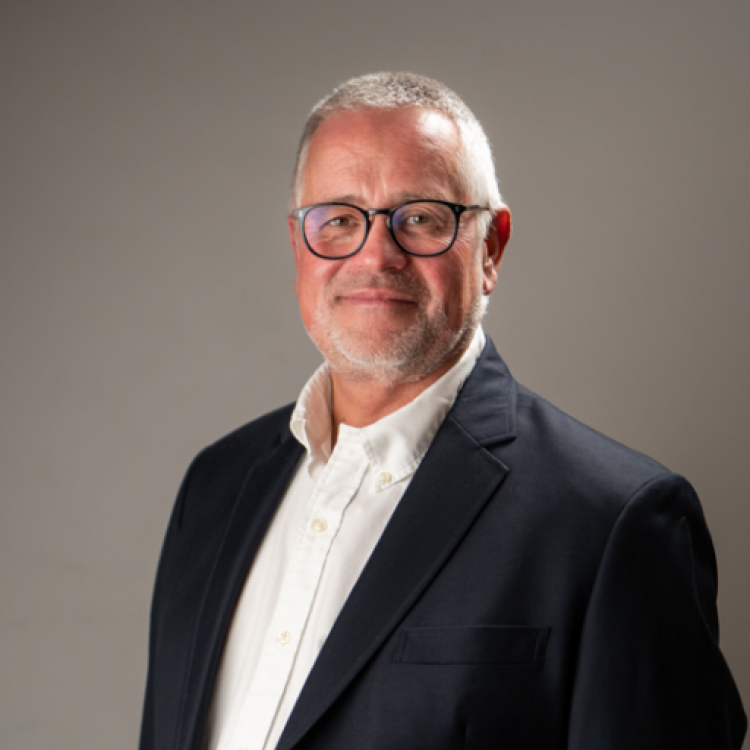 ⇨ The perspective of BusinessEurope

⇨ The perspective of the trade unions 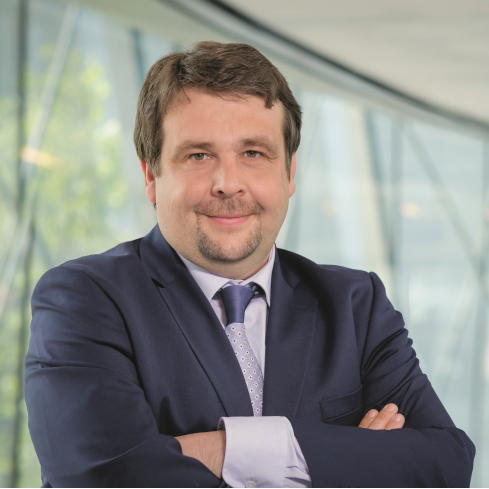 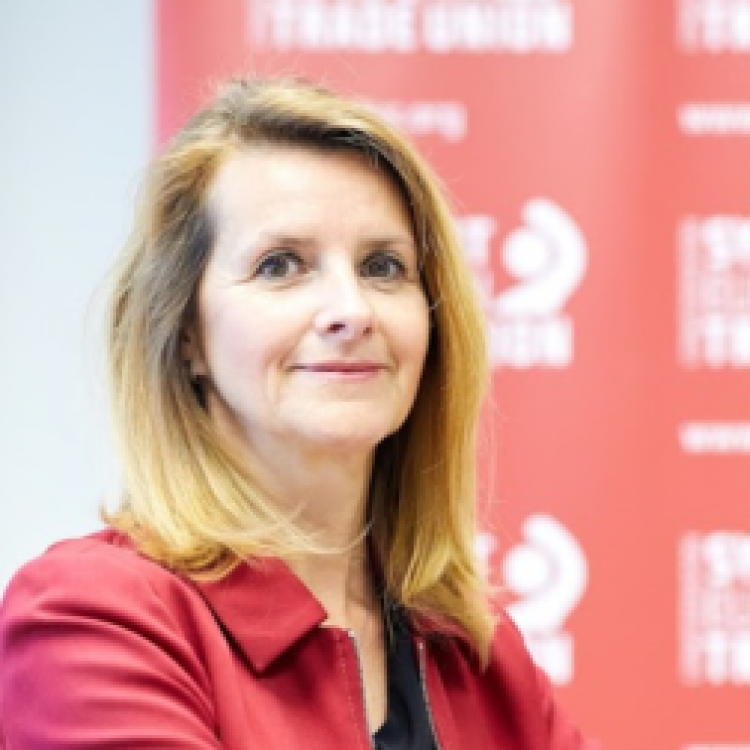 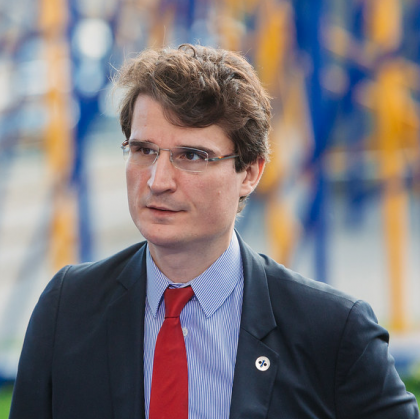 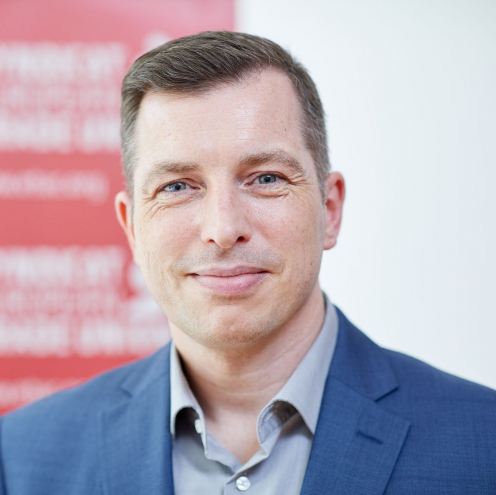 Dennis Radtke was born in 1979 in Wattenscheid, Germany, a district of Bochum in the Ruhr Area. The Ruhr Area is Germany’s biggest metropolitan district, as well as the third largest in Europe. The industry sector plays a dominant role within this region. Radtke is the second child of three brothers and is married to his wife, with whom he shares a daughter.After finishing secondary school in 1998, Dennis Radtke began an apprenticeship as an industry merchant at a medium-sized company located in Bochum.
He became a member of the trade union covering the industries of mining, chemistry, and energy (IG BCE) and engaged within the youth and apprentice representation of the trade union. From 2006 to 2008, Dennis Radtke completed a trainee program of IG BCE to become a trade union secretary. He remained in this position until his election to the European Parliament 10 years later. Dennis Radtke became a member of the European Parliament for the CDU (Christian Democratic Union of Germany) in 2017. Within the Parliament, he is a member of the Committee for Employment and Social Affairs (EMPL), as well as a deputy member of the Committee on Industry, Research and Energy (ITRE).
In July 2019, he was elected as coordinator of the European People's Party (EPP) for the Committee on Employment and Social Affairs. In addition to that, Radtke is a member of the delegation for relations with the Korean peninsula and a deputy member of the delegation for relations with Japan. Dennis Radtke is a member of the CDU and its association CDA (Christian Democratic Employees' Association). Since 2019, he is chairman of the CDA in North Rhine-Westphalia and deputy chairman of the CDA Germany. He has been a member of the board of the CDU in North RhineWestphalia for more than seven years and has been working in the federal committee of experts on European Politics since 2016. Already since 2008, Dennis Radtke has been a member of the assembly of the regional association of the Ruhr area (RVR), the so-called ‘Ruhr parliament’.

Isabelle Schömann was elected as Confederal Secretary at the ETUC’s 14th Congress in Vienna in May 2019. She heads ETUC policy on workers’ participation and European Works Councils, industrial policy and company law, competition law, labour law and human rights, single market legislation, digitalisation, standardisation, and corporate social responsibility.
Previously, she was a principal adviser to the Regulatory Scrutiny Board of the European Commission providing quality control of all impact assessments and major evaluations by Commission services. From 2005 to 2016, she was a senior researcher with the European Trade Union Institute (ETUI) in Brussels, covering European social dialogue and European and comparative labour law, corporate governance and workers’ participation, fundamental social rights, and impacts of the 2008 crisis on workers' rights and of the Commission’s Regulatory and Fitness Performance Programme (REFIT) on labour rights. Isabelle was legal advisor to the European Economic and Social Committee Workers’ Group on the European Pillar of Social Rights. She has a postgraduate degree in social and labour law from the Sorbonne in Paris and has authored and co-authored a wide range of studies on trade union issues.

Maxime Cerutti was appointed Director of BusinessEurope’s Social Affairs department in January 2012. He is responsible for a diverse portfolio of social affairs and labour market policy issues as well as the day-to-day management of the department. He also coordinates BusinessEurope’s engagement as a social partner in the context of the European social dialogue.
Maxime joined BusinessEurope in November 2007 as social affairs adviser. Prior to this, he worked between 2005 and 2007 as a policy officer at the European Youth Forum in Brussels. He started his professional career with a six-month internship at the French ministry of Foreign Affairs in Paris, where he followed the work of the EU Council on Employment and Social Affairs.
Graduated in European law and political science, Maxime holds a Master degree from Sciences Po Paris, a double law degree from the university of Bordeaux in France and the university of Canterbury in the UK, and he participated in a summer session at the University of California at Berkeley in the United States. His mother tongue is French. He speaks English fluently, is at ease in Italian, and is a basic user of German and Spanish.

Peter is a speaker, communications expert, strategist and philosopher but above all he is a cosmopolitan and he firmly believes that the great opportunity of the world of today resides in the fact that we can live the adventure of many cultures and manifold identities. Socrates famously stated that the unexamined life is not worth living and he believes that this is even more true today as we are bombarded with so much information and lost as to what to believe and what to distrust. Moreover, many people make a living out of trying to deceive others, so we had better be aware of the pitfalls. In our postmodern world, truth is often a matter of mere opinion and the battle of opinions is raging all around us. He is passionate about deconstructing fallacies, debunking myths, giving a voice to all perspectives and allowing new hybrid cultures to emerge. Communications are key and he devotes his professional and private life to making sure that people have the right skills and tools to make their opinions count. Nothing saddens him more when he sees how many valuable opinions are never given a chance as they are overpowered by the clamor of empty rhetoric. When a valuable perspective is not given a chance to be heard, it is not only the person expressing it who loses out, but society as a whole.

Stefan Gran is Senior Advisor at the European Trade Union Confederation (ETUC). His main areas of work are workers' participation and digitalisation, currently especially the regulation of Artificial Intelligence.
Before joining the ETUC, he headed the Brussels office of the German Trade Union Confederation (DGB). As a trained social security clerk, he studied economics at the Hamburg University of Economics and Politics and later European Studies (MA) at the University of Hamburg. After his studies, he worked as a Parliamentary Assistant to MEP Udo Bullmann (S&D) in Brussels. 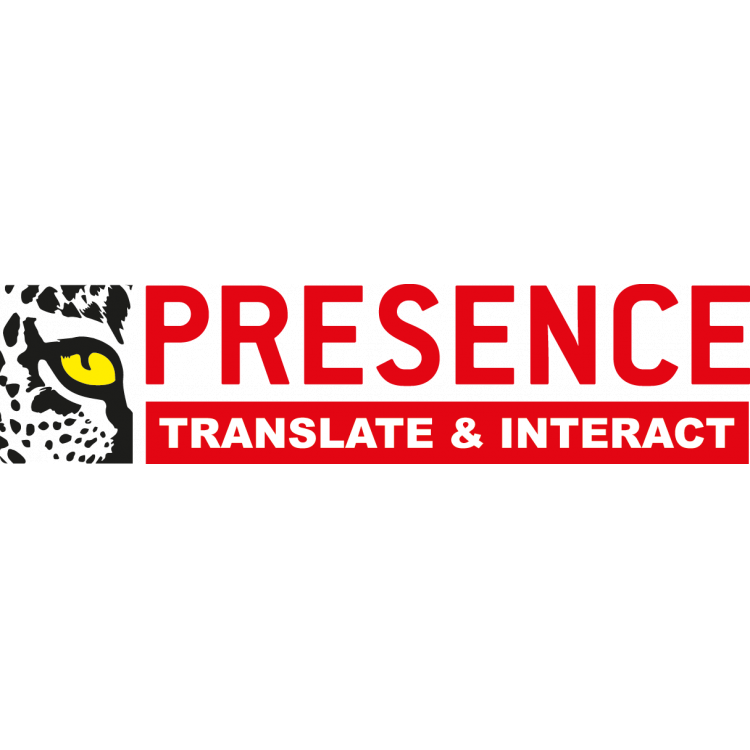 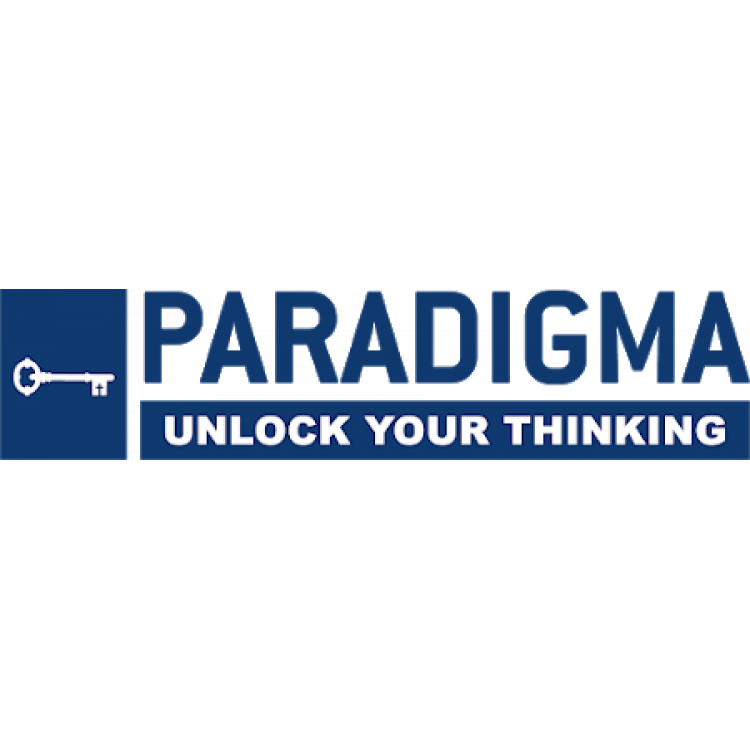 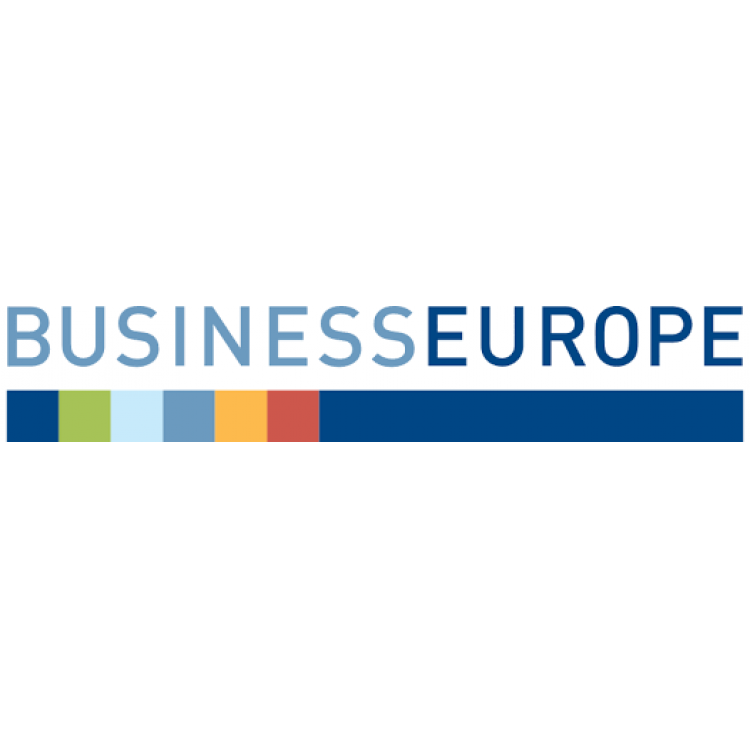 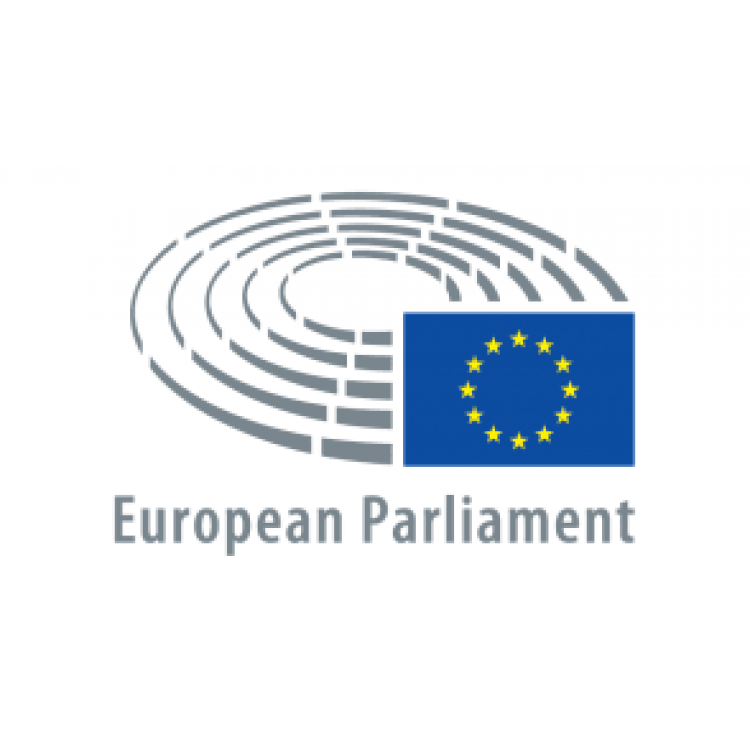 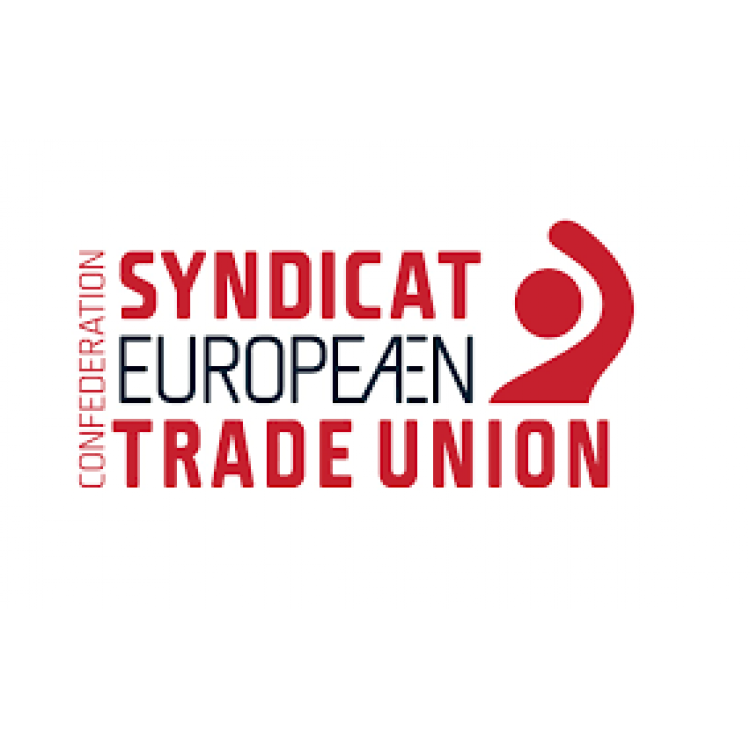