The Brazil 2018 Investment Forum highlights opportunities for investment in strategic sectors of the Brazilian economy. 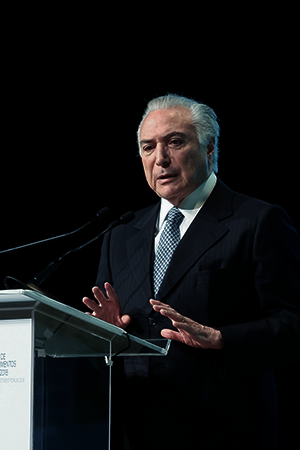 The Brazil Investment Forum 2018 is an event organized by the Federal Government, under the leadership of Apex-Brasil, and the Inter-American Development Bank. Its objective is to highlight investment opportunities in strategic sectors of the Brazilian economy such as infrastructure, energy, agribusiness, construction, technology and innovation.

Over 1,600 people attended the 2 days event, including foreign investors from 48 countries. During the event, attendees were able to attend talks by the Federative Republic of Brazil President, Michel Temer, Ministers of Brazilian States and South American countries. Cristina Palmaka, President of SAP Brazil, Cristina Junqueira, co-founder of Nubank, Ana Paula Assis, president of IBM Latin America, Luis Alberto Moreno, president of the Inter-American Development Bank and Roberto Jaguaribe, president of Apex-Brasil, were some of the CEOs of multinational companies that also spoke during the event. 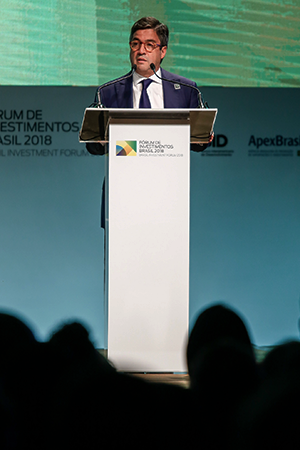